In India, livestock accounts for about ~32% of the total value of agricultural output, with poultry contributing a major share. Livestock plays an important role in the rural livelihood system in Jharkhand. Poultry contributes to around 30% of a households’ income and about 85% of livestock are owned by the landless, small and marginal farmers. A typical broiler farmer of the collective is a rural woman from a disadvantaged community, hitherto, dependent on rain-fed agriculture and daily wage earnings.

Energy plays a critical role as an accelerator of productivity in the poultry value chain. Inadequate lighting can lead to the non-attainment of the broiler optimal weight within the required period of 30-35 days. Frequent power cuts and unreliable energy also lead to a low feed conversion ratio, low average flock weight, and ultimately low income realisation. Sukarmuni Dhanwar, from Gumla in Jharkhand started with 300 chicks and used dhibris and 5 candles for lighting due to poor access to electricity. The chicks closer to the light would feed well, while the others remained underweight and prone to high mortality due to piling in the darkness.

Since installation of solar lighting in the shed, Sukarmani has sold 4 batches of chicks. The chicks have been able to feed well and gain adequate weight in a shorter duration of time, in turn increases the batch cycle by 15 days. The mortality rate has also reduced by half to 3%. Sukarmani and other broiler farmers have effectively increased their income by almost Rs.10,000 a year. 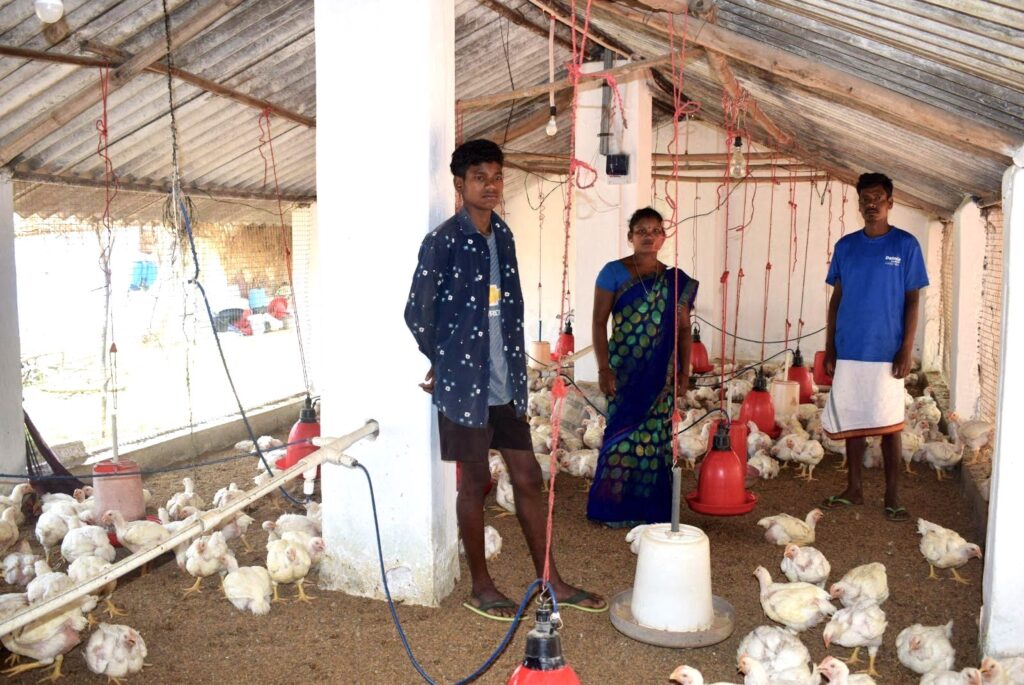