Jamadra is a village in Limkheda block, Dahod surrounded by forest and hills. Bariya Arjun Navasingh Bhai and his 3 brothers are marginal farmers in Jamadra, and have been practising traditional and subsistence farming for many years. Bariya Arjun is a low income farmer with 6 acres of land, and he cultivates all of it for maize and some vegetables.

Until 2021, Bariya Arjun and his brothers were using electricity for irrigation. Pained by the frequent power cuts and voltage fluctuations, they decided to apply for a solar lift irrigation system under the Central & State government’s KUSUM Scheme. The scheme subsidised 70% of the system cost, with the balance 30% to be paid up by the farmer during application.
However, Bariya Arjun and his brothers could not afford to pay their share. Sustain Plus unlocked this opportunity for them, by supporting 20% of the system cost, while the 4 brothers were able to pool their resources and mobilise 10% (Rs. 68,000) from their end.

Since the installation of the solar pump in December 2021, Bariya Arjun and his brothers have started cultivating cash crops due to the availability of adequate and affordable water for irrigation.They now primarily grow vegetables like tomato and okra, as well as groundnut, maize and wheat. Bariya Arjun reports having earned incremental revenues of ~Rs. 35,000 since the installation of the solar pump, in combination with a drip and mulch system. He has changed the way he used to practice agriculture, and also receives expert advice from ground partners Sadguru and CInI.

Sustain Plus is similarly supporting other farmers in Limkheda block and has enabled 52 pumps of varying capacities (3HP, 5HP, 7.5HP) to be installed. Another 125 pumps are in the process of being implemented. Drip irrigation and mulching have also been integrated as best practices along with the solar pump installation to optimise water delivery and application. 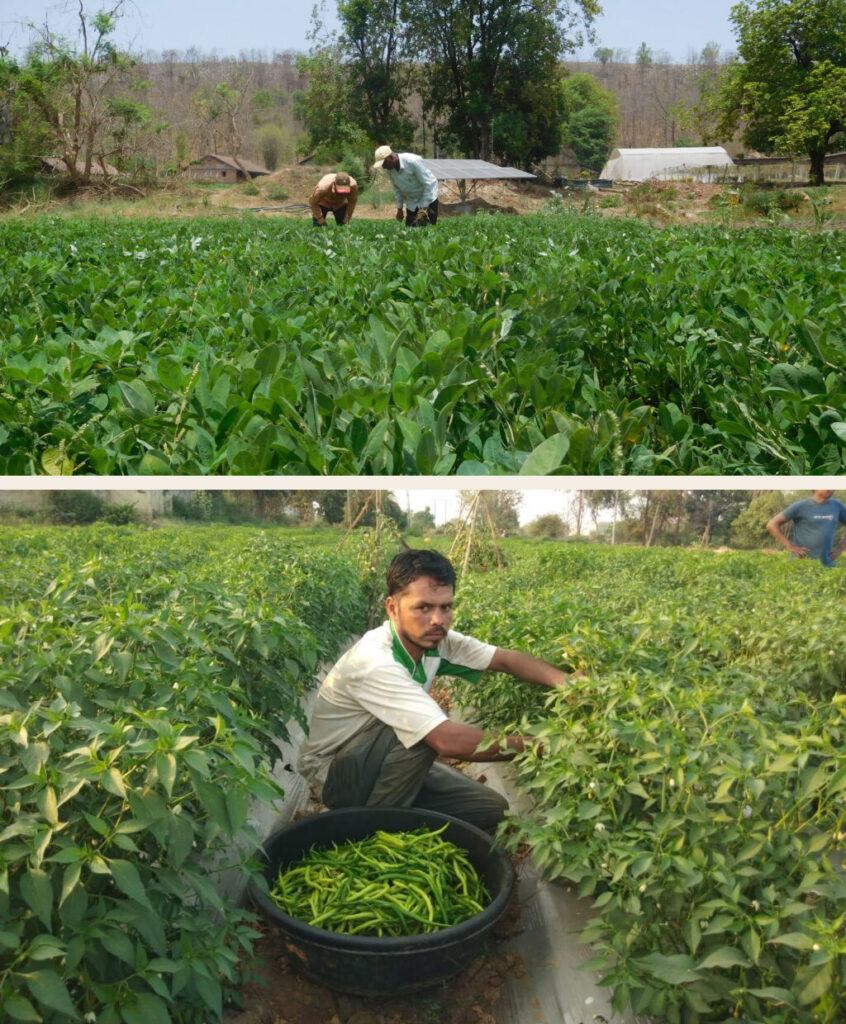