The use of pesticides and insecticides in managing pest attacks on crops is a common practice in agriculture. The correct time to take pest management action depends on what is called the Economic Threshold Level (ETL), or the pest population at which control measures should be initiated to prevent the pest population from rising above economic injury level. However, it is a very common trend to use pesticides unscientifically without understanding whether it is even required or not. Most pesticides used are systemic in nature, entering into the plants system, making them more harmful for human consumption.

Dahod is no exception. But, a glimmer of change is being seen with the introduction of solar insect traps as a non-chemical and noninvasive pest management solution.

Farmers in Mandli village have an average land holding of 2.3 acres, wherein, 0.55 acres is under a solar insect trap’s protection. There is 94% reduction in the use of chemical pesticides in the field per season. In absolute numbers, farmers are able to save on losses worth Rs. 4000 annually, by using solar insect traps in their fields.

Another positive switch noted in the farmer’s practices is an increase in the use of organic pesticides. A small solar based technology has not only improved pest management, but has also catalysed a change in farmer perceptions around plant and human health. 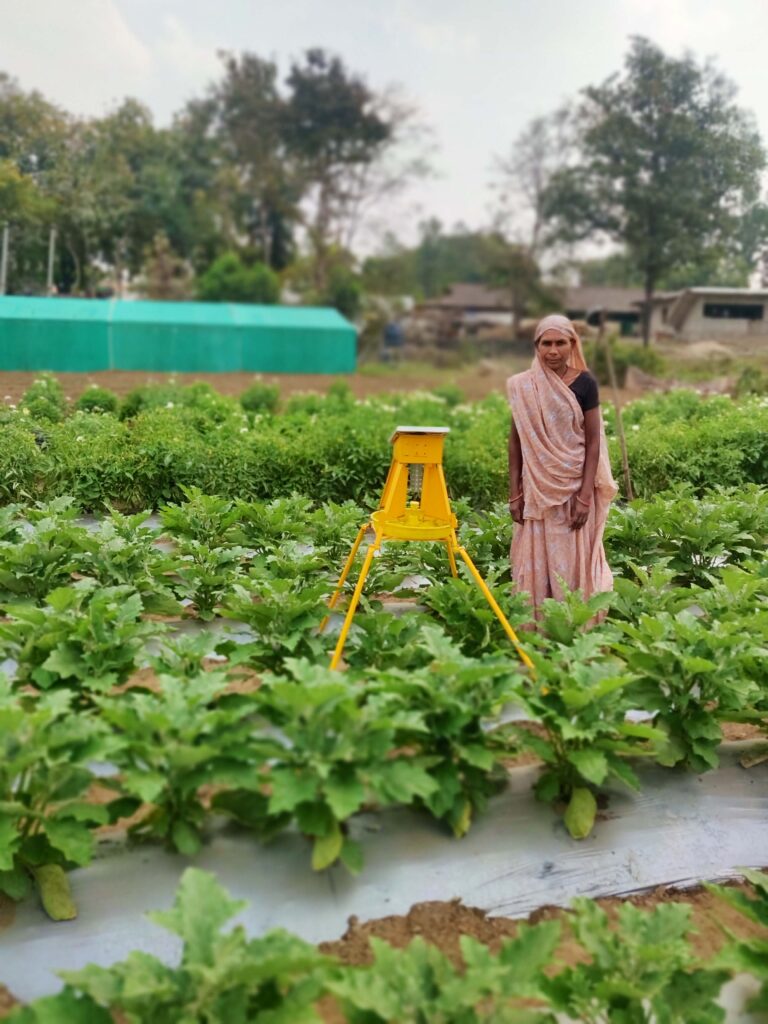