In 2020, India’s DAP imports stood at 5.3 million tonnes, which is ~35% of the total world trade in Di-ammonium Phosphate (DAP), the world’s most widely used phosphorous fertiliser. Further, the government subsidises fertilizers in India, and together with the import costs, this heavily burdens the exchequer. Added to this, are the consequences to human health and soil quality.

At the base of the model are two and three cubic meter biogas plants, which are household level solutions, promoted to convert waste into value, in the form of biogas (as a free clean cooking fuel) and digestate (which can be used in liquid and solid form as fortified fertiliser). The targeted households are mostly small and marginal farmers with a minimum cattle herd size of three. The biogas plant fulfils the fuel requirement at the household level. Beside this the slurry generated gets utilized at the individual’s farm as manure input.

The extra or additional digestate slurry is being sold to a local women led cooperative, who process it, fortify it, and convert it into organic manure. These are then marketed to farmers in the region. The most common form of this manureis PROM or Phosphate Rich Organic Manure. An independent study conducted by Anand Agriculture University, Gujarat has shown that slurry based fertilizers have the potential to completely replace phosphate based chemical fertilizers. They also report a 25% increase in yield.

A total of 4 slurry processing units are currently operational, and 10 additional units are planned, with an average capacity of generating 11,000 bags per unit annually. With the success of this model, there is huge potential to scale this operation across other cattle / dairy clusters in India. 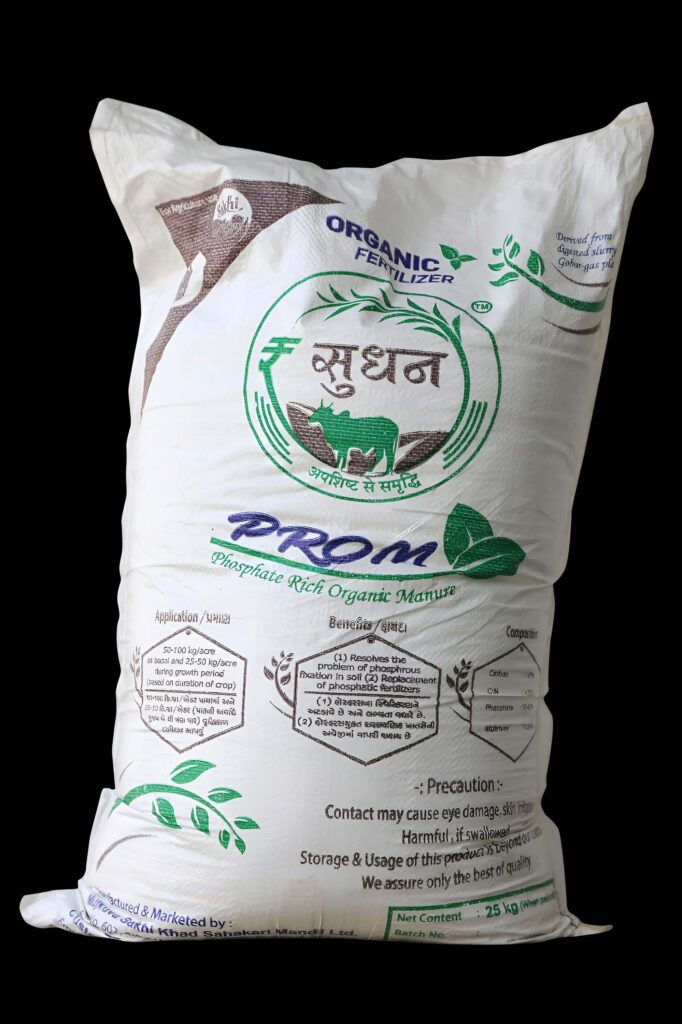