Pramilla devi from Aalemau village in Phoolpur, Prayagraj cooks for a family of 6 every day. Her family primarily practices agriculture on 2 acres of land and earns just over Rs. 2 lakh (USD 2500) a year. Pramila has an LPG connection, but spending over Rs. 1000 each month, and Rs. 6000 annually, on refilling cylinders was unaffordable; the family refilled only half of their actual cooking fuel requirements in a year. Instead, she regularly uses her earthen chulha to cook meals.

Like most other women in her village, she complains of eyes burning and watering due to the smoke and soot emitted from the chulha. Pramilla was also the lone gatherer of fuelwood in her family, and found it to be a time consuming and challenging process. She spent nearly 12 hours a month on collection, often walking long distances in the heat and cold. She also hired labour to help her collect fuelwood when members of her family migrated to work in cities as contractual labour.

Pramilla adopted the flexible bio-digestor as an affordable alternative to LPG and the chulha. While the LPG cookstove cost her only Rs. 1200, annual spends on refills were high, in addition to the time and energy spent on gathering fuel. She acquired and installed the biogas unit at a nominal upfront payment, with the rest to be paid over equal monthly instalments in the following 12 months. The total cost of the bio-digestor unit was lower than her total LPG refill expenses for 12 months. Her family owns four cattle, two cows and buffaloes each, which gives her easy access to nearly 70 kg of animal dung every day, used as input in the bio-digester.

Now Pramilla uses biogas for most of her cooking needs, which is essentially free of cost, is smoke free, and provides a similar cooking experience and efficiency to LPG stoves. She has needed to refill her LPG cylinder only once in the winter when the production of biogas was not sufficient due to low atmospheric temperatures. Pramilla’s husband Mahesh Kumar also pitches in with the biogas unit’s operations, separates the digestate into liquid and solid using a wire and cloth mesh and uses the solid dried digestate as an organic fertilizer for his crops. Pramila re-uses the liquid as slurry input into the digester.

In Uttar Pradesh, Sustain Plus and Sistema Bio are committed to providing clean cooking access to over 600 households. 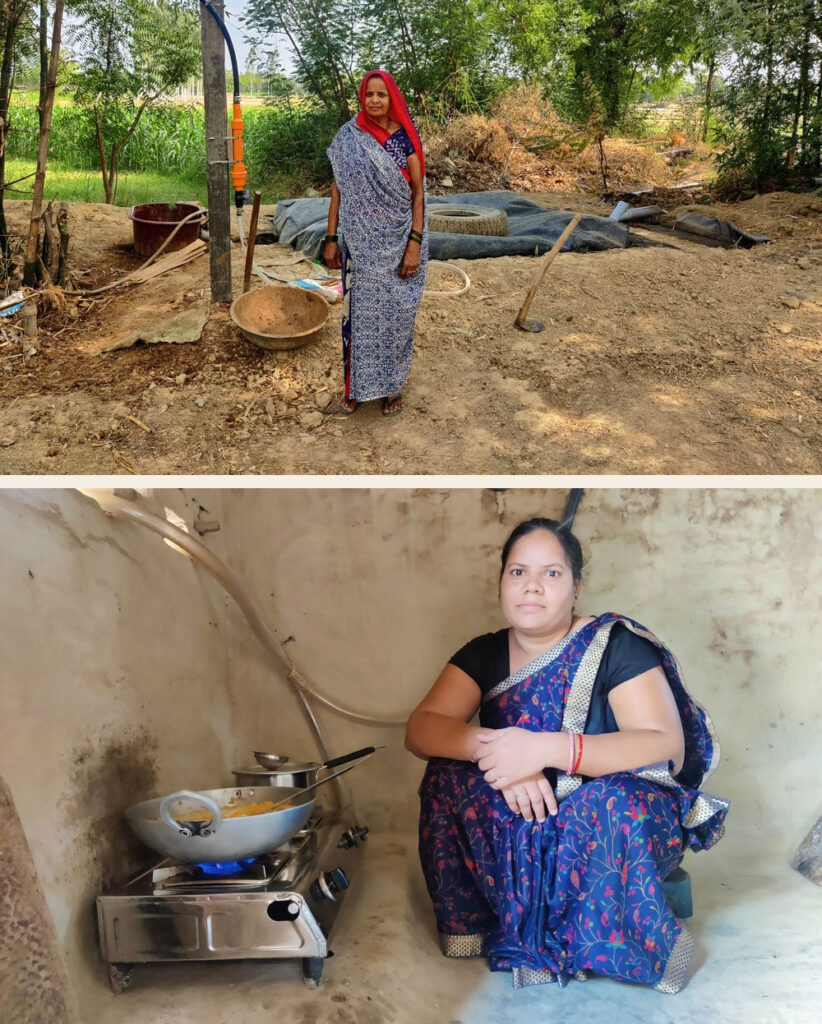